I am considered to be medically “Morbidly Obese”.

It might not make sense, but this (my weight issue) is probably the main thing I wish I could “turn back time” on, because It has had lasting effects through my life. So many compounding factors have and do effect my weight. It is ‘out there’ for everyone to see and it’s such a social thing – food, weight, body image, etc. I just wish less emphasis was put on appearance.

My earliest memory is being told I had “fat feet” by a kid in pre-school. In my head now I say to that kid “well look at your face” but I seriously don’t remember how I actually reacted at the time. I just remember this feeling of being crushed.

The first time I was told to lose weight was by a dance teacher when I was 7. At this age I was fit, healthy and perhaps stocky – but not overweight or obese. I think she had my best interests at heart at the time – she was aware of what some adjudicators look at, and knew I had the potential to be an amazing dancer if I’d “slimmed down” to fit the ideal look for a dancer.

My brother used to have such lovely nicknames for me…Bush Pig and Yglu Taf Woc (Ugly Fat Cow backwards) were some of his favourites. He is 8 years older than me and was the baby before I came along. I think there was a little jealousy there, but he’s lovely now.

I’m on a lot of medication and this has impacted my weight significantly! Anti-psychotics are the worst, but I’m also on an anti-depressant (Avanza) which can cause weight gain.

Then there’s the sexual abuse I encountered. I have used my weight, in both a physical and symbolic sense, of stopping people from getting close to me. It’s a buffer – protection, mostly from the male species, but I’ve come to realise it doesn’t always work (some guys actually like big women).

The social side of it…

Everything revolves around eating. Why is this? Why are there so many ads on telly for food and then the next ad will be a skinny size 4 model on a beach with a hot guy or something! It’s confusing – and wrong in my opinion!
I must mention the looks of disgust I get as I walk down the street. People either look right through me, or scan every inch of my fatness with their condescending eyes! Judging me – imagining what I ate in the past 24 hours and wondering why I don’t just “stop eating”. That’s the other thing…if I’m eating in public, no matter what I’m eating (could be a salad), I get looks of abomination that I even be putting food near my mouth!

I had lapband surgery in 2005, which I consider to have been UNsuccessful. It’s not a quick fix, that’s for sure and I knew this. I have lost and kept off a considerable amount of weight from the pre-surgery diet, but I’ve given up on having my band filled.
In my opinion, the problem with lapband surgery is that it may limit your food intake, but the types of food you can eat are limited.
e.g. I found it is very difficult to digest meat/chicken & salad without it getting stuck and having to bring it back up. On the other hand – chocolate, biscuits and lollies go down quite nicely.

At various times I remember my Mum, Dad, Brothers, Sister and others telling me I needed to lose weight, or that they were worried about my weight.
I could have gone either way – prove them right, or prove them wrong. As my mental state deteriorated I became that fat person in my head. I suppose the belief became so strong in my mind that I became physically morbidly obese. Not only proving myself and others right, but putting my physical health at serious risk.
I’m not saying these people made me obese. I am saying that my young and fragile mind misconstrued their words of concern and instilled in me a core belief that I was, in fact, fat.

Now that I’m in a better head space mentally, I do want to do something about my weight…but I want it to be on my terms and for me!

I want to tell the haters to piss off and let me get on with it – your judgement isn’t helping!!! 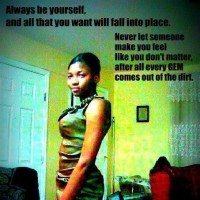 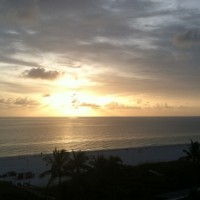